a ghostly man takes a stroll through the woods, but different versions appear untill the end when they all solidify leaving the question, who is real?

for this video i used a canon 5dmk3, rode ntg 2 mic, sanheiser headphones and a tripod. the location was st catherines woods in jersey which has a few stream crossing points and a nice glade which appears in the film. to get the ghosts i had the actor walk through or do specific moves multiple times then stacked the footage and changed the opacity, in the last bit i drew masks around each copy and changed the opacity again so they all appeared solid. the mic was mostly used to capture walking and bird noises. 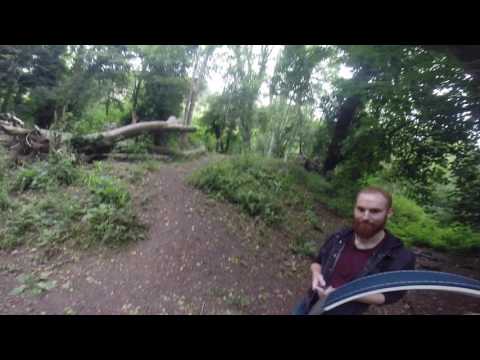