News / Five Other Uses For The VideoMic GO II

Five Other Uses for the VideoMic GO II

The release of the VideoMic – the world’s first compact on-camera microphone – in 2004 unlocked a new world of creativity for filmmakers. For the first time ever, anyone could record high-quality audio straight to their camera with a microphone that was lightweight, easy to use and affordable. It helped power a creative revolution and changed the landscape of run-and-gun filmmaking forever.

In 2013, the VideoMic GO simplified on-camera audio even more with a no-fuss design that featured battery-free operation and no switches or controls, encouraging creators to just pick it up, plug it in and go. This winning formula has since made it one of the best-selling VideoMics in the range.

With the release of the VideoMic GO II, this form factor has been taken into the new age of creativity with a range of innovative features, whilst still retaining the ease of use that made the original so popular. 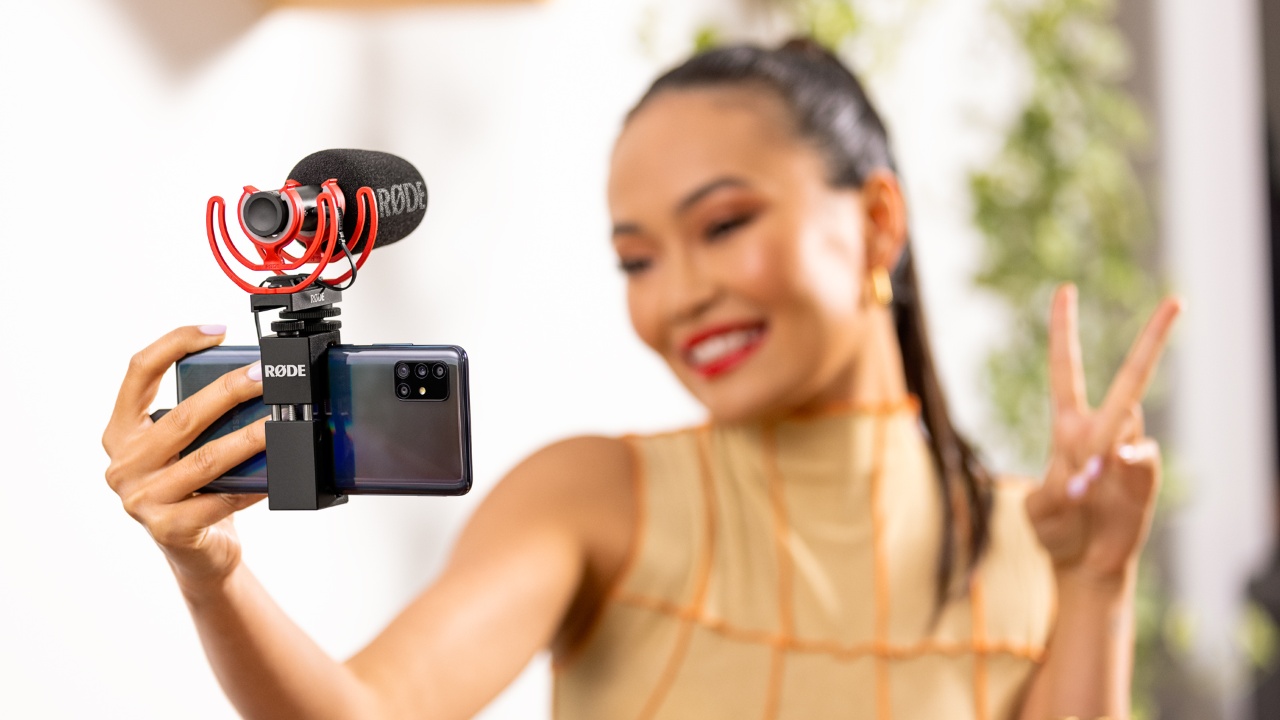 As a Podcasting Mic

With the ability to be used as a fully-featured USB microphone and compatibility with our free podcasting software RØDE Connect, the VideoMic GO II is an excellent podcasting mic.

All you need to connect the VideoMic GO II to your computer is an appropriate USB cable, like the RØDE SC17, SC18, or SC19 (depending on the port on your computer). The VideoMic GO II is a class-compliant USB device and will be immediately recognised as an input and output audio device for recording. You can even use the 3.5mm port as a headphone output for monitoring your audio.

When used with RØDE Connect, you can unlock the VideoMic GO II's powerful digital signal processing (DSP), giving you access to a compressor, noise gate and legendary APHEX Aural Exciter and Big Bottom effects, as well as a high-pass filter, high-frequency boost and input pad. The software allows you to plug up to four VideoMic GO IIs (and other compatible RØDE microphones) into a computer, with complete control over your microphone levels, solo and mute buttons, sound pads and more.

We recommend using the VideoMic GO II with a mic stand or studio arm like the Tripod 2 or PSA1+ for podcasting. 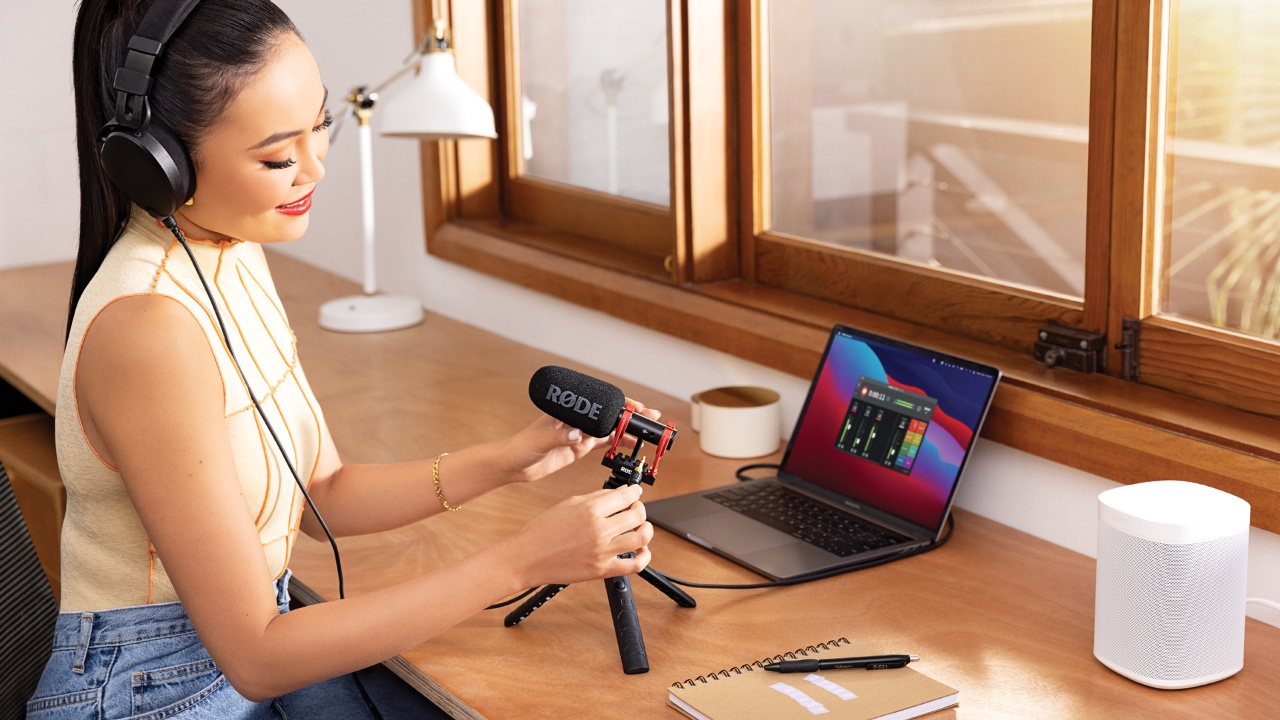 As a Gaming/Streaming Mic

The VideoMic GO II is also an excellent mic for gaming or streaming. You can either attach it to a desktop mount like Tripod 2, or if you prefer having your mic out of the frame, you can use a studio arm like the PSA1+ or a boompole. Being a highly directional shotgun mic, the VideoMic GO II can be mounted further away from your mouth whilst still retaining presence and clarity.

From there you can connect the VideoMic GO II directly to your computer with a USB cable and use it with RØDE Connect for capturing high-quality audio.

In addition to podcasting, RØDE Connect is a powerful solution for gaming and streaming, allowing seamless integration of game and chat audio, as well as dedicated outputs for popular streaming software like XSplit and OBS. This makes it super easy to set up and manage all the audio for your stream in one place.

The USB output on the VideoMic GO II also allows it to be plugged directly into a smartphone or tablet for recording crystal-clear audio in a myriad of mobile content creation scenarios. Whether it’s for a vlog, interview, live reporting or livestreaming, run-and-gun filmmaking or creating content for social media, the VideoMic GO II performs brilliantly in any application.

Simply plugging the VideoMic GO II into your smartphone or tablet will instantly improve your audio. You can also access powerful and easy-to-use digital signal processing via the free RØDE Central Mobile app, which allows you to control the input level of the mic, activate a high-pass filter, pad and high-frequency boost, and control your headphone levels (did we mention you can plug headphones into the VideoMic GO II?).

There’s also the free RØDE Reporter app for recording high-resolution (24-bit, 48kHz) audio on any smartphone or tablet at the push of a button.

After you plug it in, your smartphone or tablet will automatically recognise and set the VideoMic GO II as the default microphone, meaning you’ll get great sound, right off the bat. 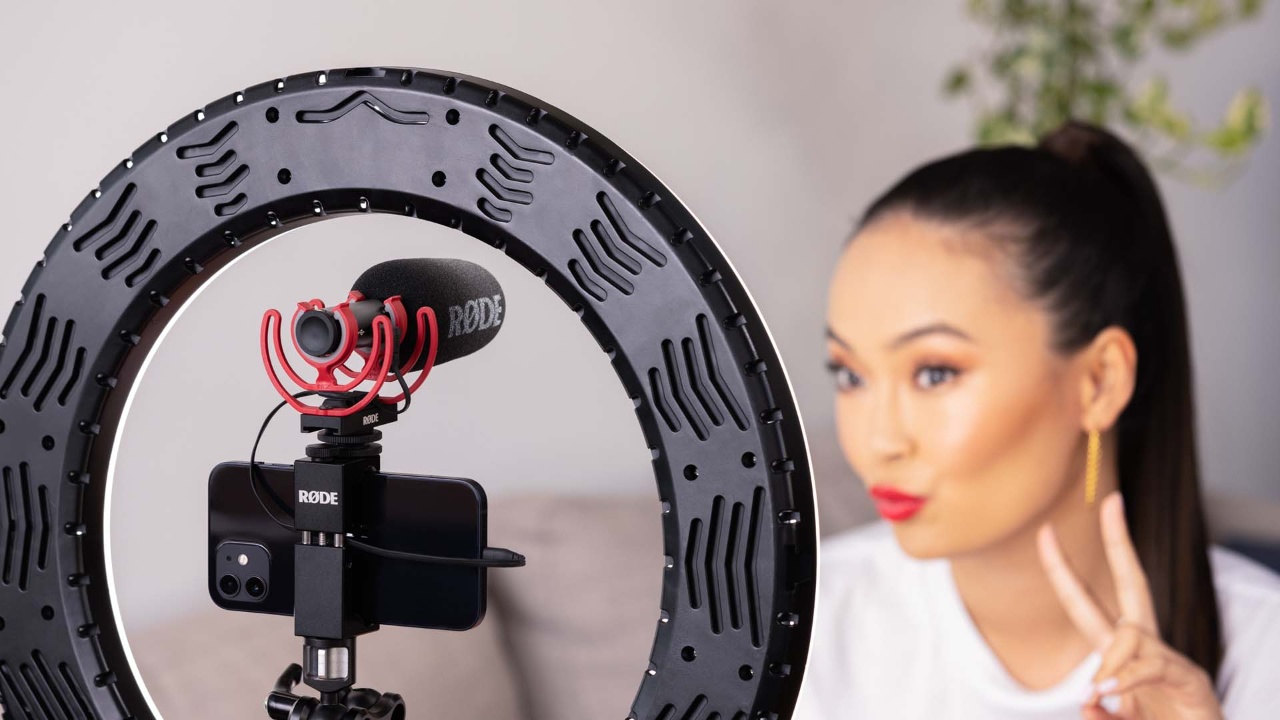 As a Boom Mic (With the Option to go Wireless)

Weighing in at just 89 grams, the VideoMic GO II is extremely lightweight. This, combined with its high directionality, makes it great for use on a boompole for recording interviews and other dialogue for filmmaking, broadcast, podcasting, gaming and other content creation applications.

The VideoMic GO II can also be used with the Wireless GO or Wireless GO II for a completely wireless booming solution. Simply connect the 3.5mm output to a Wireless GO transmitter (which supplies plug-in power to the microphone), mount the transmitter onto the underside of the shockmount sliding rail, and connect the Wireless GO receiver to your camera. With no cables needed, this setup allows you to move about more freely.

As a Work From Home (WFH) Mic

The VideoMic GO II is a great mic for a variety of applications while working from home. Whether you're making video calls, recording presentations or hosting meetings, using a USB microphone is the best way to make sure you are heard in superb detail. And being a shotgun USB mic, the VideoMic GO II has the added bonus of being very directional, meaning it will help block out sounds from your surroundings to ensure that the focus remains on you.

You can plug the VideoMic GO II directly into your smartphone, tablet or computer via the USB output and plug a pair of headphones into the 3.5mm output so you can monitor your audio in real-time without any echo or delay.

Whether you're travelling, working from a café, hot desking, or just moving around your home, the VideoMic GO II is ultra-compact and super-lightweight, meaning you can take it anywhere with you. Throw in the powerful processing via RØDE Connect and you’ll be able to conduct anything from team meetings to keynote presentations with impeccable audio. 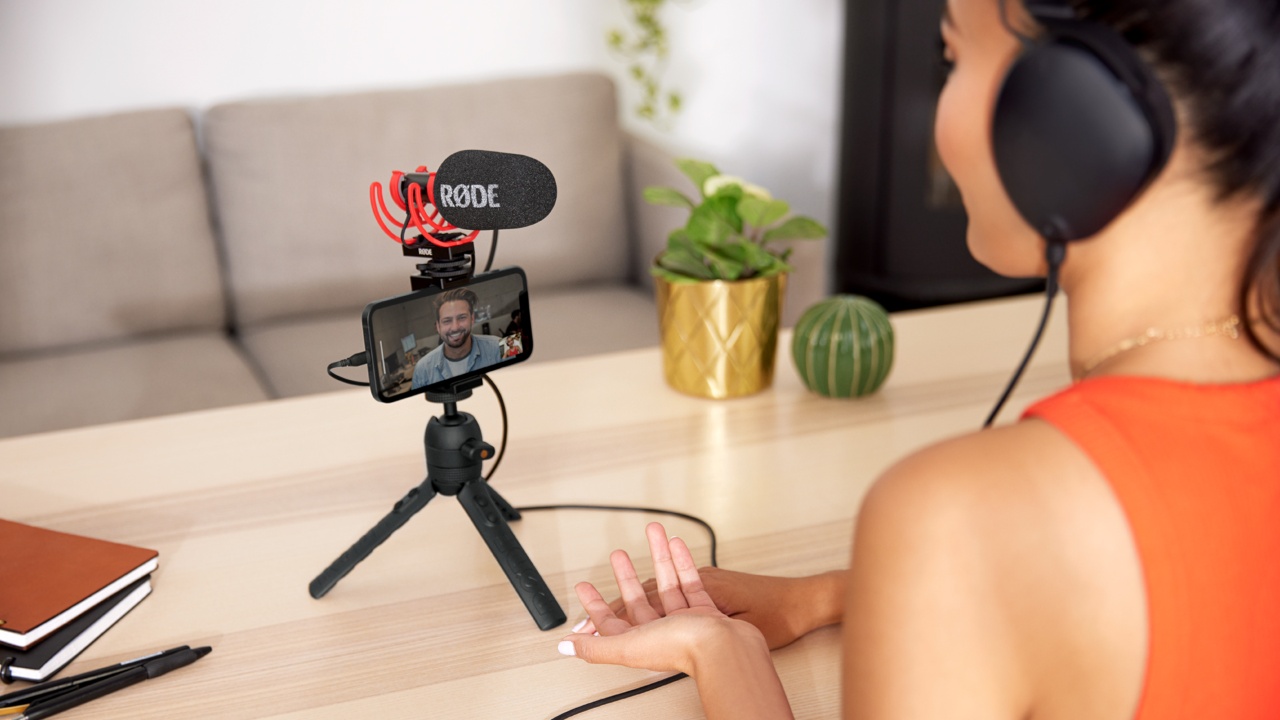 Find out more about the VideoMic GO II here, and learn how to use it via the user guide.