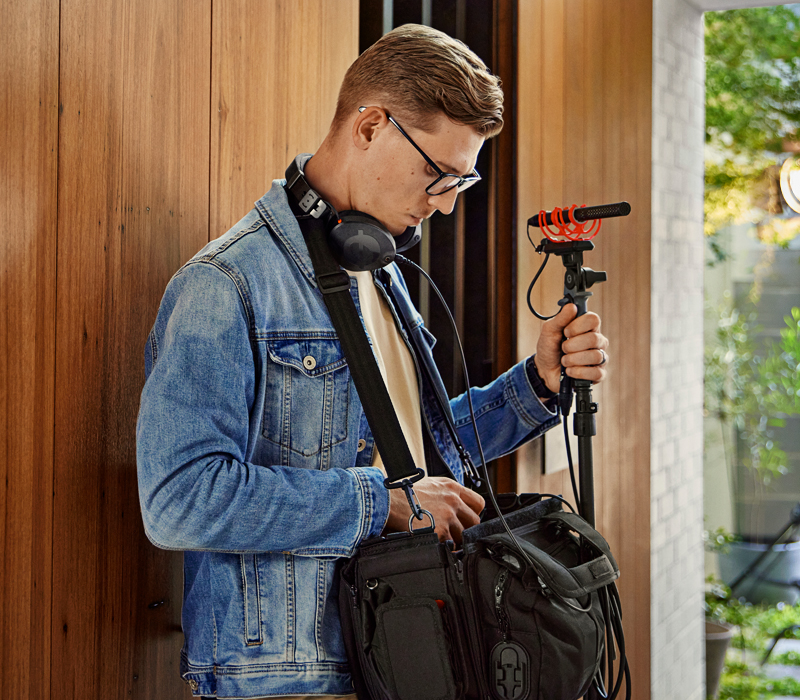 The NTG5 is an ultra-lightweight professional shotgun microphone that is ideal for use in the most demanding recording applications. Featuring a revolutionary acoustic design, tightly controlled frequency response, smooth off-axis response, and very low self-noise (just 10dBA), the NTG5 sounds spectacular in a wide variety of applications, particularly location recording and filmmaking scenarios where superlative audio is imperative.

The NTG5 features a revolutionary acoustic design unlike any other shotgun microphone. Circular acoustic perforations are utilised in place of  linear slots, delivering greater acoustic transparency and a natural, uncoloured sound for superb performance in a wide variety of recording applications. 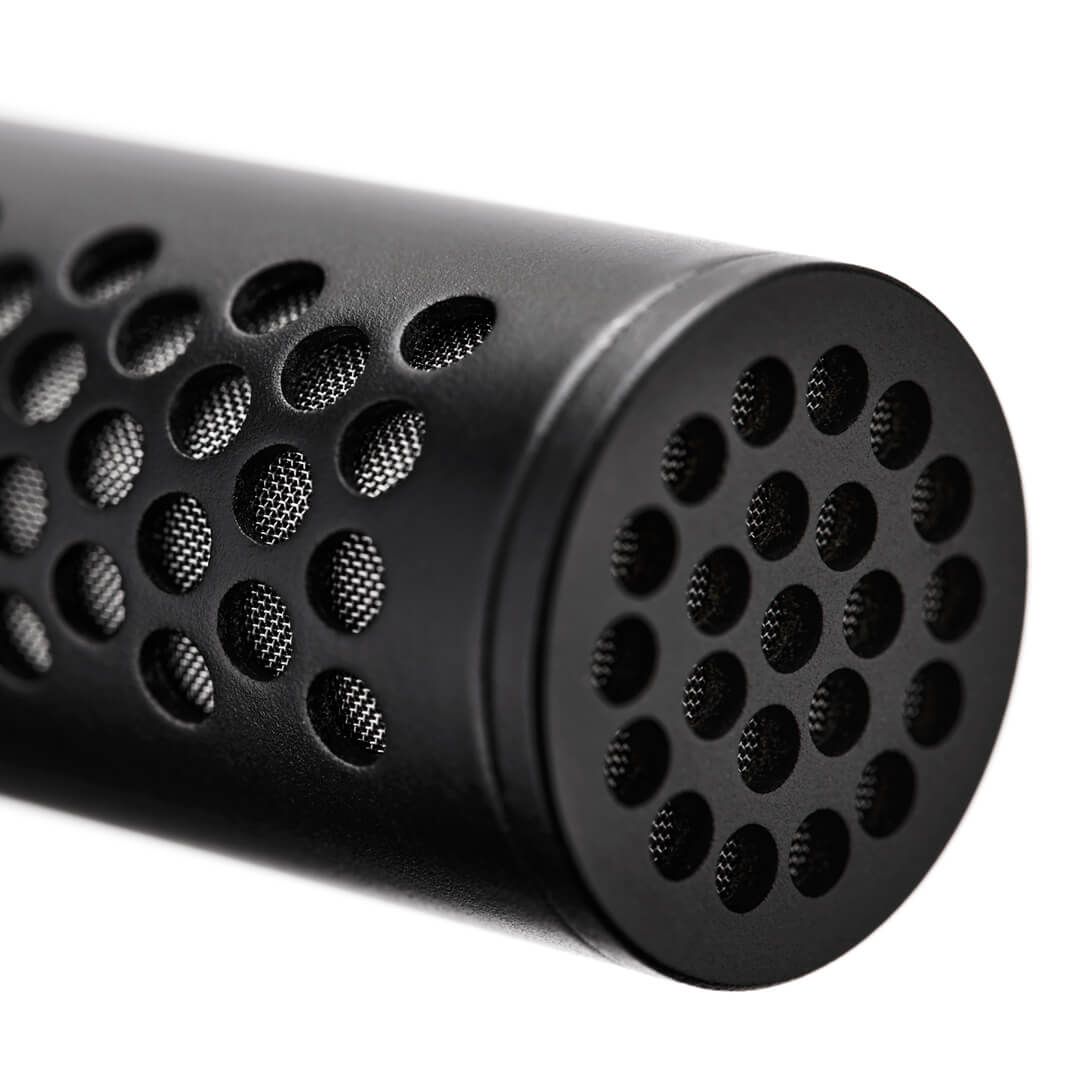 The NTG5 features a short, super-lightweight aluminium body (just 76g!), making it one of the most compact professional shotgun mics available – a dream for boom operators who find themselves on long shoots, or filmmakers and sound recordists looking for a more portable and lightweight rig that delivers spectacular, broadcast-grade audio. 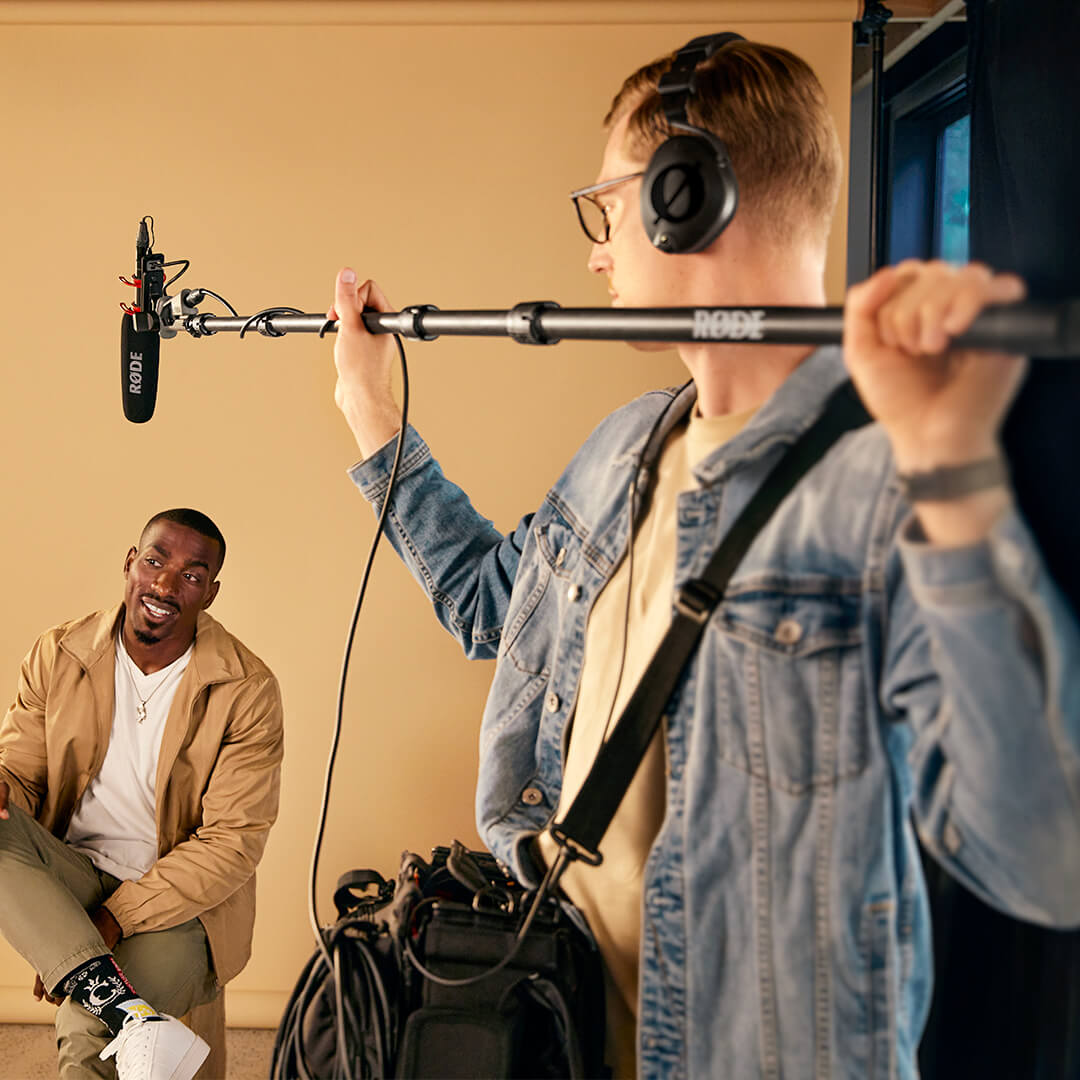 With a tightly controlled frequency response, low self-noise, highly directional supercardioid polar pattern, and smooth off-axis response, the NTG5 sounds spectacular in a wide variety of applications. It also boasts RF-bias technology and conformal coating on the electronics, which protect the microphone from moisture and humidity and ensure it is incredibly reliable even iin harsh environmental conditions. The NTG5 is the perfect mic for location recording and demanding filmmaking scenarios where superlative audio is imperative. No excuses. 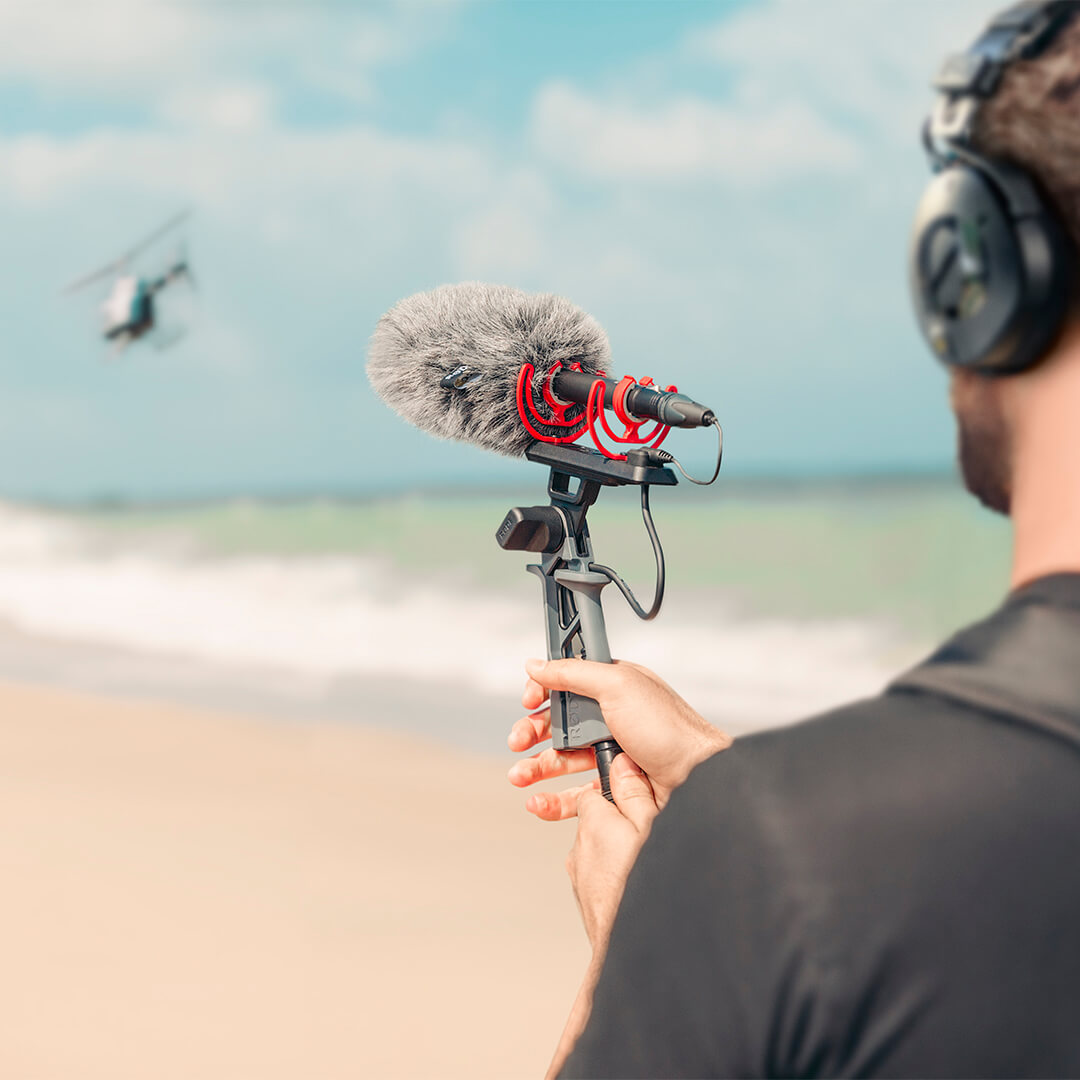 Q.
What is the difference between the NTG3 and the NTG5?
A.

The NTG5 builds on the ground-breaking technology of the NTG3 (namely the RF-bias technology, which ensures better immunity to moisture and other environmental factors that can affect performance) with a focus on making it the ideal location recording microphone.

First of all, it is much shorter and lighter than the NTG3, which makes it easier to handle on a boom pole. It also features a revolutionary new acoustic design, which delivers a beautifully natural and uncoloured sound; and it has a less pronounced low end response than the NTG3, which is preferable when recording on-location. Lastly, the electronics have been redesigned, resulting in lower self-noise than the NTG3 (10dBA vs 13dBA).

They are both great microphones that can be used interchangeably in many scenarios. However, the NTG5 excels as a location recording mic, whereas the NTG3’s pronounced low end is ideal for recording indoors, voiceovers and other applications where rich bottom end is desired.

Q.
Why would I use the NTG5 on location instead of another shotgun mic?
A.

The NTG5 is incredibly light at just 76 grams, making it a dream for boom operators or filmmakers looking for a compact shotgun that delivers broadcast-grade audio. It has a flatter low end, making it ideal for recording outdoors and on-location. This also effectively provides the preamp with more headroom. Finally, the RF-bias circuitry and conformal coating improve the resilience of all electronic components.

Q.
Can the NTG5 be used as a voiceover microphone like the NTG3?
A.

Absolutely! The NTG3 is a legendary voiceover mic, which is largely due to the extended low end but also its natural high frequencies. The NTG5 has a flatter low end, but a very similar high frequency response to the NTG3 and will sound fantastic as a voiceover mic.

Q.
Does the shorter length of the NTG5 make it less directional?
A.

The active part of the line tube of the NTG5 is the same length as the NTG3, maintaining the directional characteristics of shotgun-style mics.

Q.
How resilient is the NTG5 in extreme weather?
A.

The NTG5’s conformal coating is a thin layer of protective material that shields the active electronics from any moisture or particles, and the RF-biased circuitry is very resistant to moisture. This makes the NTG5 perfect for use in harsh weather conditions.