We're extremely excited to launch the Ambisonic Sound Library, a huge, ever-growing collection of ambisonic recordings from some of the world’s top sound recordists.

The entire library is free to download, giving you access to hundreds of high-quality ambisonic recordings to use in your projects. If you're new to ambisonics, this is an awesome way to experience the endless editing and sound manipulation options made possible by the SoundField by RØDE Plug-in even if you don't have access to an ambisonic microphone. 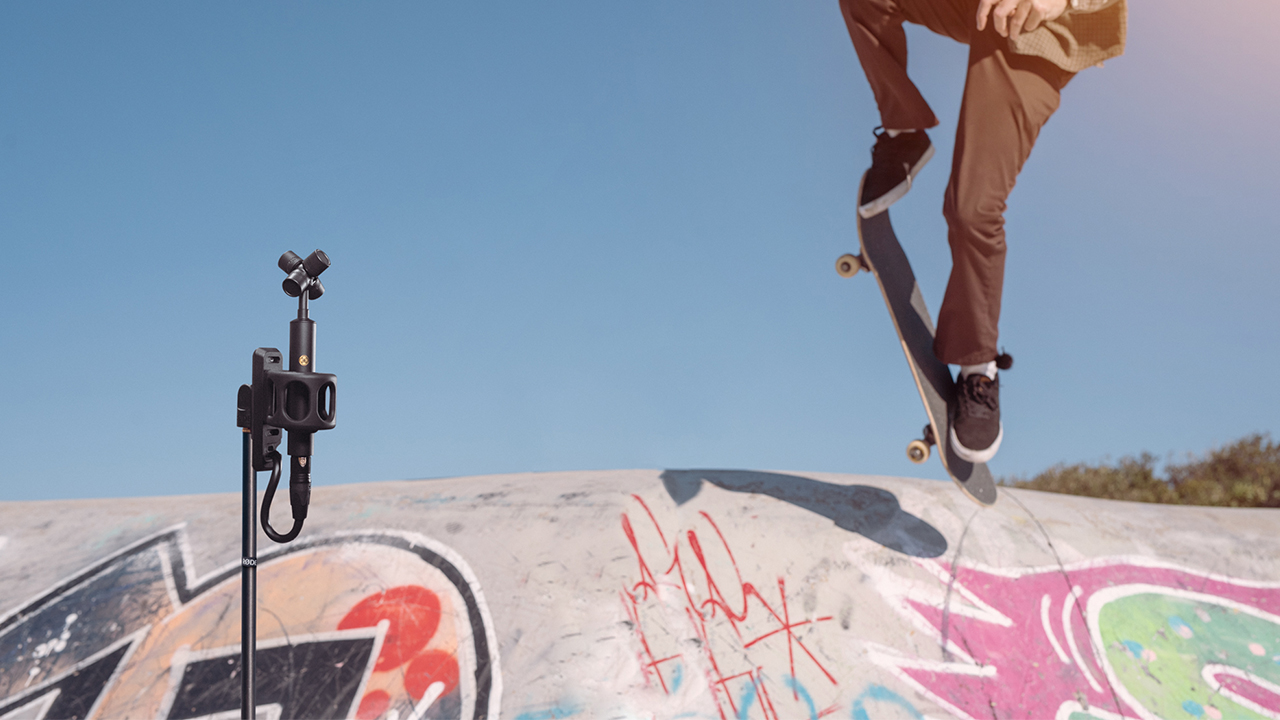 The SoundField by RØDE NT-SF1 ambisonic microphone in action.

Ambisonics is a 360° surround sound format that, unlike conventional stereo and surround sound, records the full directivity information for every soundwave that hits the microphone – including, crucially, height information. Once captured, ambisonic recordings can be manipulated in post-production to create any 360° surround soundscape desirable, making it ideal for immersive audio applications.

The theory and practice behind ambisonics was first developed in Britain in the late ‘60s and early ‘70s, and the first SoundField ambisonic microphone was invented by Michael Gerzon and Professor Peter Craven in 1975 and developed for commercial release in 1978.

Find out more about ambisonics here.

Ambisonics remained a high-end niche recording format until very recently with the emergence of virtual reality and 360° video applications and the release of the SoundField by RØDE NT-SF1 ambisonic microphone.

Launched in 2018 following the acquisition of SoundField by The Freedman Group – home to RØDE Microphones – in 2016, the SoundField by RØDE NT-SF1 revolutionised ambisonic recording.

For the first time, it gave users access to a broadcast-grade ambisonic microphone for under USD$1000, democratising a recording format previously inaccessible to many. The timing couldn’t have been better. With VR and 360° video rapidly evolving, the once esoteric recording technology has worked its way into the mainstream as the go-to recording format for immersive media.

Featuring four high-quality T45C condenser capsules arranged in a tetrahedral array, the NT-SF1 captures the entire spherical sound field around the microphone. These recordings can be endlessly manipulated in post-production using the SoundField by RØDE Plug-in, including virtually changing the mic directivity, position, and rotation, allowing users to create everything from a 7.1.4 surround mix to a fully head-tracked 360-degree soundscape for immersive video. The SoundField by RØDE plug-in offers a revolutionary approach to ambisonic processing coupled with a user interface unprecedented in its ease of use and accessibility.

Over the past 18 months, some of the world’s top sound recordists – including award-winning composer and field recordist Watson Wu and visionary electronic musician and sound designer Richard Devine – have travelled the world capturing soundscapes using the NT-SF1. These have now culminated in the largest collection of ambisonic recordings in one place, the Ambisonic Sound Library.

Users can preview and download the ambisonic files and load them into the free SoundField by RØDE Plug-in in any digital audio workstation – from there, the possibilities are limitless. The Ambisonic Sound Library is also an excellent introduction for those who are curious about ambisonic recording but haven’t had the chance to get their hands on an ambisonic microphone.

The launch of the library coincides with a new video series from RØDE exploring the ins and outs of ambisonic recording with the NT-SF1. Check it out here.