News / Get Ready For Mic Madness!

For the next 15 days in March, RØDE are kicking off the biggest head-to-head, knockout round, giveaway the company has ever seen!

Each day two RØDE Mics will go head-to-head in a public vote challenge. The winning mic moves on the next round, and if YOU voted for the winning Mic, you could WIN that RØDE Microphone - FREE!

Voting is via the panel below, or RØDE's Instagram Stories, every single day!

The Competition has ended - Congratulations to the MIC MADNESS WINNER - The RØDELink Filmmaker Kit! 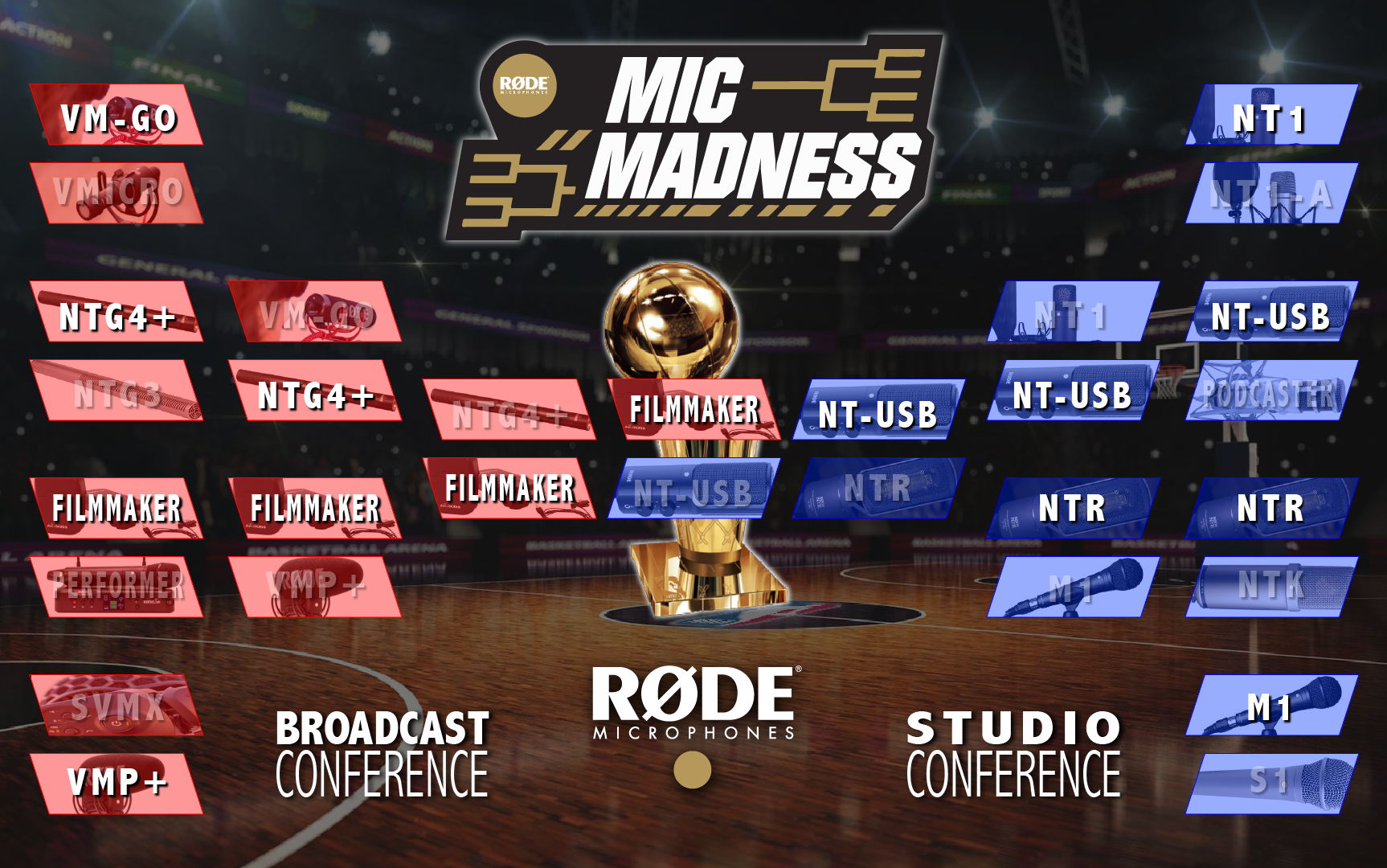 Check back each day to VOTE for the next matchup, and see if you have WON!

Round One - The VideoMic GO defeated the VideoMicro and progresses to the next round!

Round Two - The NT1 took home a wire to wire win over the NT1-A.

WON by Matt Oglesby of the UK. Congratulations Matt!

Round Three - The NTG4+ caused an early round upset against the legendary NTG3.

WON by Matthew Hall of the USA. Congratulations Matthew!

Round Four - The NT-USB never looked like losing against the Podcaster!

WON by Rachel Yancey of the USA. Congratulations Rachel!

Round Five - The Filmmaker Kit had a convincing win over the Performer Kit!

Round Six - The NTR Ribbon Mic put on a clinic against the NTK Valve Mic.

Round Seven - The crowd favourite VMP+ put the SVMX on a poster with some big time plays!

Round Eight - The M1 Dynamic Mic won easily over the S1 Condenser Mic and moves on to the semis!

WON by Andrew Flint of the UK. Congratulations Andrew!

Broadcast Quarter Final 1 - The NTG4+ continued it's impressive run and moves on over the VideoMic GO.

WON by Ryan Silber of the USA! Congratulations Ryan!

WON by Morgan Bell of the USA! Congratulations Morgan!

Studio Quarter Final 2 - The NTR moved on to the Conference Final over the M1 Dynamic Mic.

Broadcast Final - The Filmmaker Kit continued it's perfect run into the Finals over the NTG4+!

WON by Brandon Hendricks of the USA! Congratulations Brandon!

Studio Final - The NT-USB has booked a ticket to the FINAL by deafeating the NTR Ribbon Mic!

WON by Amir Zonozi of the USA! Congratulations Amir!

Final - The RØDELink Filmmaker Kit wins the Championship over the NT-USB!