Here at RØDE Microphones, innovation, technology and advanced manufacturing is a big part of our success, however we understand that at the heart of our industry is the creativity, expression and raw emotion on display from musicians and performers all over the world, and a microphone is truly pointless without the opportunity to capture these performances.

It's this focus on creativity and raw talent that the Live at Clevelands Sessions were born.

Filmed and recorded by Sydney based Filmmaker, Sound Engineer and RØDE Content Producer Sam Brumby, Live at Clevelands is a fortnightly live music session that showcases artists from in and around the Sydney region.

Recorded live inside the charming Cafe/Salon, 'Cleveland's', located at 311 Cleveland St. Redfern, these sessions couple the pleasing aesthetics of the stores surroundings with the captivating performances of the musicians.

Sam allows the performance to take centre stage, using a minimal filming and recording approach, consisting of only a few cameras, and a carefully selected suite of RØDE Microphones. From the high end studio microphones such as the Classic II, the NTR Ribbon Microphone, or the M1 Live Dynamic Microphone, mic selection is influenced by the artists's style, tonality and of course, on-camera aesthetics.

In each Behind The Scenes episode, Sam will break down the recording setup, explaining his mic selection choices and post production techniques.

Stay tuned for more Live At Clevelands videos on the RØDE YouTube Channel. 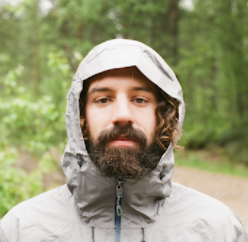 Sam Brumby is an Australian filmmaker, photographer & sound engineer who currently resides in Sydney. He has worked extensively within the music industry creating music videos, shooting press shots & producing records for local artists. He has created work with companies such as Toyota, Patagonia, RVCA & RØDE Microphones.