News / The Beginner's Guide To Ambisonics

The Beginner's Guide To Ambisonics

The SoundField By RØDE NT-SF1 and Plug-in are the most accessible tools in science that allows complete control of surround sound “with height”. There are lots of fancy mathematics at play (which you can find out more about here), but read on for a layman’s rundown of the basic principles and practice, history and future of the most exciting technology in audio capture today - ambisonics.

Ambisonics is a full-sphere surround sound format or a means of representing the sound field at a point or in space. Unlike conventional stereo and surround sound formats (which are based on the principle of panning audio signals to specific speakers), ambisonics captures the full directivity information for every soundwave that hits the microphone. Crucially, this also includes height information, as well as the full 360° around the microphone.

Most importantly, thanks to their unprecedented sonic accuracy and sound reproduction capabilities, ambisonic recordings can be easily mapped to any speaker array – from stereo to multi-channel 3D surround formats to head-tracked binaural.

Once captured, the signal can be manipulated in post-production to create any 360° surround soundscape you desire.

Ambisonics as a scientific theory and practice was developed by Michael Gerzon, Peter Felgett and Geoffrey Barton in the early 1970s at the University of Oxford and the University of Surrey. The first SoundField Microphone was invented by Gerzon and Professor Peter Craven in 1975 and developed for commercial release in 1978. SoundField Limited both invented and trademarked the A-Format™ and B-Format™ innovations, which remain trademarked in the USA and European Union today.

Ambisonics was way ahead of its time and remained a high-end, expensive niche technology until very recently. Find out more about the history of SoundField here.

HOW DOES IT WORK?

Firstly, you need a SoundField microphone with four capsules arranged in a tetrahedral array – such as the RØDE NT-SF1 – and a four-track recorder. The output from the four microphone capsules is called A-Format™. In and of itself, A-Format™ is not especially useful. However, it can be mathematically converted into a set of (four) signals called B-Format™, which is where the magic starts.

The B-Format signal can be easily manipulated to emulate any type of microphone and polarity – omni, cardioid, sub-cardioid, directional etc. You can then point these ‘virtual’ microphones any direction you choose – to the right and left, to the rear, and even up and down. This is crucial to the appeal of a SoundField mic – one microphone delivers any microphone type, steerable in any direction. 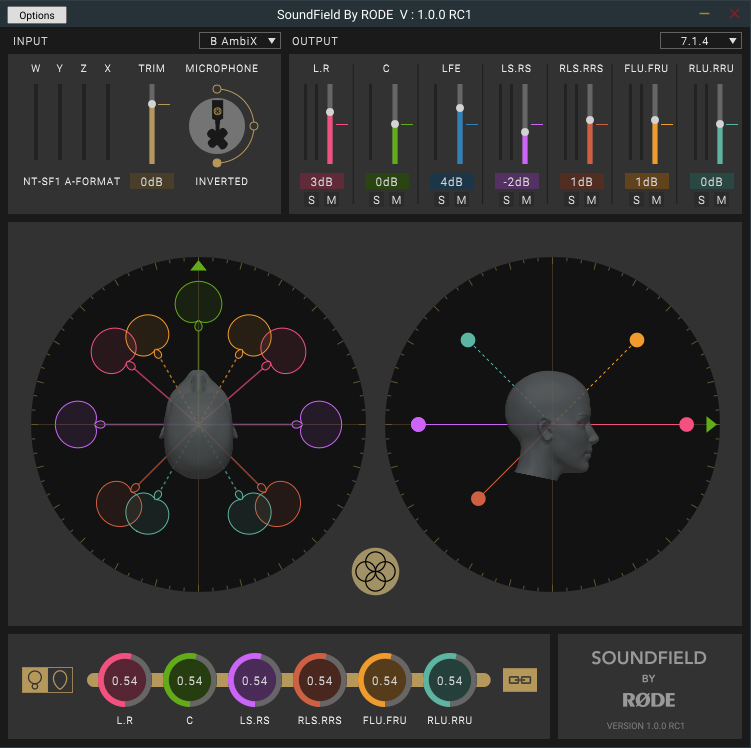 WHAT WOULD YOU USE IT FOR?

There are three key applications for ambisonic microphones such as the RØDE NT-SF1:

If you need to quickly and easily generate coherent, sweet-sounding surround sound content, a SoundField microphone is your best friend. It's in this application – location sound capture for films and television, sports broadcasts and music – that SoundField microphones like the ST450 and SPS200 have been used for decades.

By rigging a single SoundField microphone in a sports stadium, for example, you can instantly generate immersive ambient crowd noise without needing multi-mic arrays. If you’ve ever been drawn into the atmosphere of an English Premier League match on TV, you have been enjoying SoundField technology. 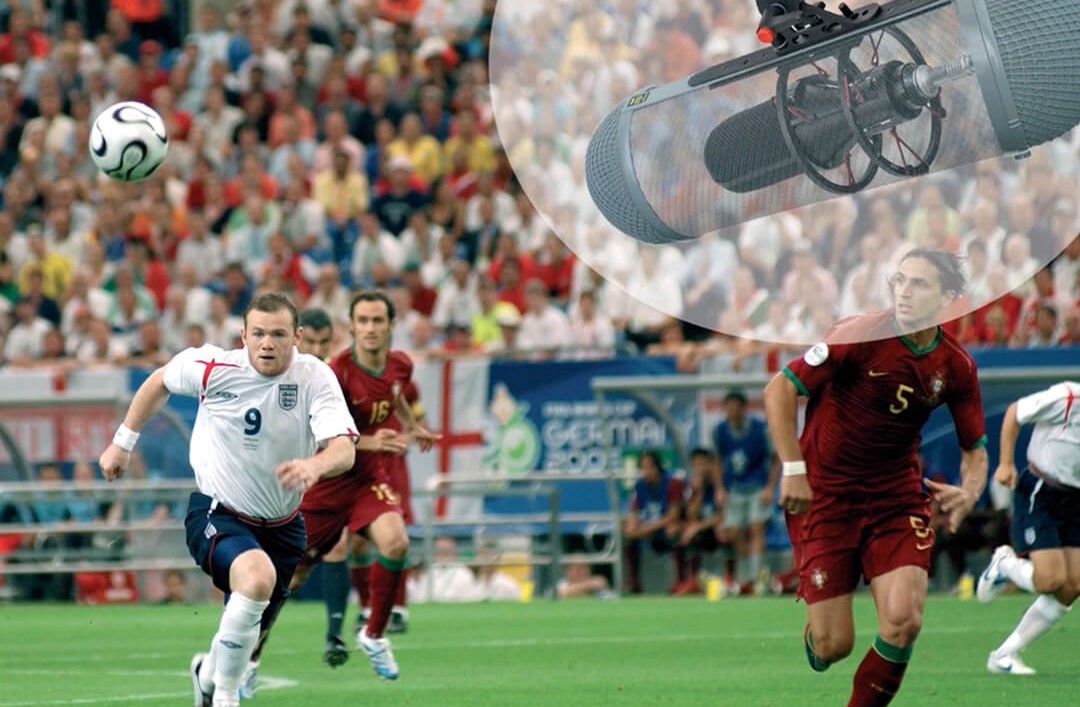 It's increasingly important to be able to keep options open for post-production, either because the final project requirements are still evolving, or because of sub-optimal monitoring or set-up flexibility during the recording. A SoundField microphone is a brilliant ‘get out of jail free card' for such situations.

For example, using a SoundField microphone in the place of a conventional stereo pair in a music recording means that, in post-production, you can experiment with different polar patterns, widths, and angles to get the optimum sound – all after the recording has taken place.

Wondering if your recording would have sounded better with fig-8s rather than cardioids? No problem – just change the microphone type to fig-8 in post-production and hear the result.

Change the Position of the Mic!

Wish you’d tilted the microphone down a little more to favour the strings in an orchestral recording? No problem – just adjust the tilt of the microphone in your DAW.

Change the Number of Microphones!

360° video is a rapidly growing field, whether for gaming and virtual environments or for immersive video content. Capturing sound using a SoundField microphone – whether the sound on-set on a 360° video shoot or when recording ambience to be added to a video game – allows for a fully head-tracked audio experience. Things to the left of the viewer will sound on the left, until they turn their head, when it will move to the centre as they face it. This is all possible due to the real-time manipulation of B-Format audio signals that is built into all the major VR and 360° video platforms.

As George Lucas has famously said of movie-making several times, “sound is half the experience.” Thanks to ambisonics’ ability to redirect your position in the sound field, that adage has never been more true than in VR. Now, there is no need to settle for a stereo soundtrack in your next VR production – take the experience to the next level with a fully immersive soundscape – all delivered with SoundField technology. 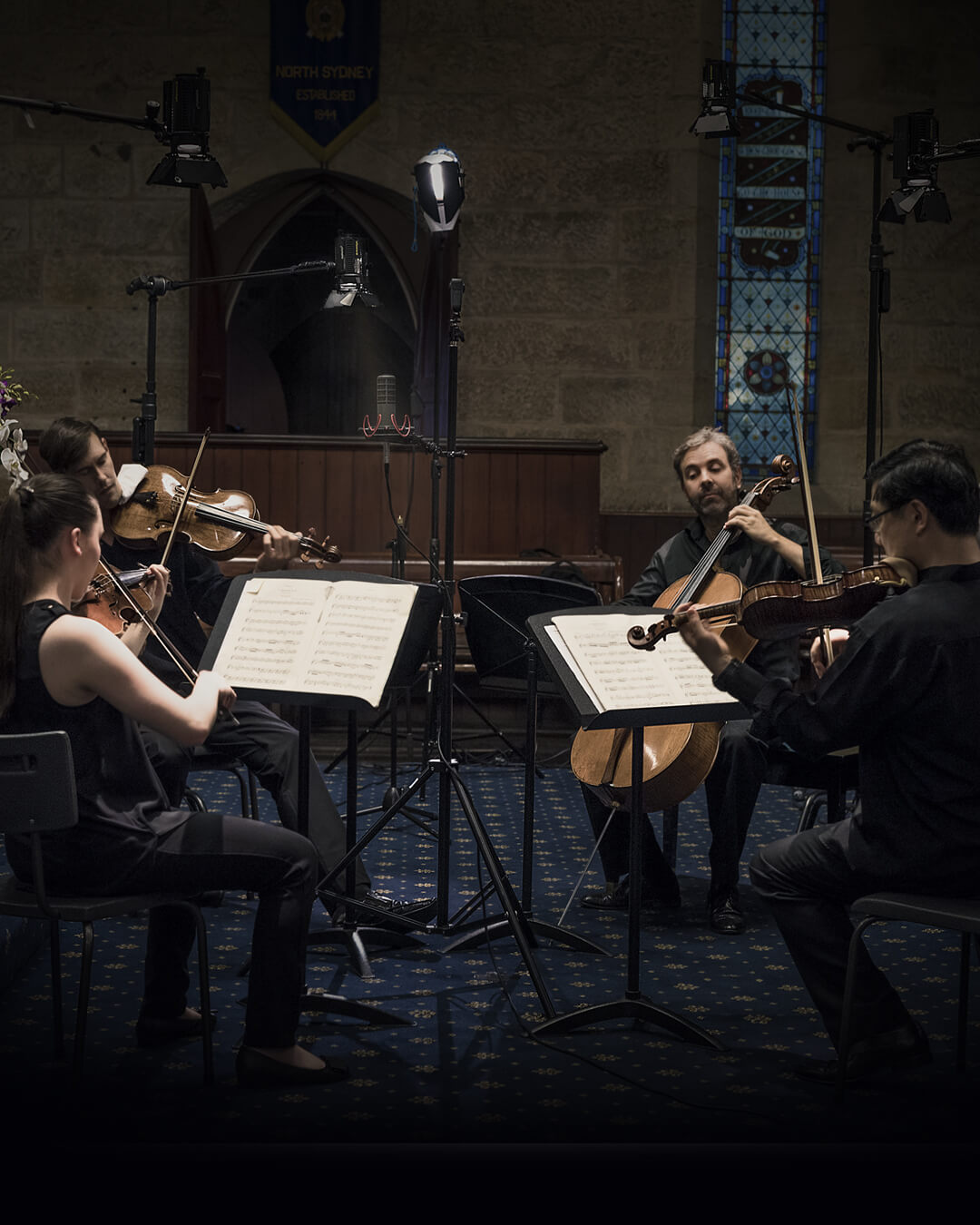 The SoundField ST450 recording the Shuti Ensemble in 2018. Check out the completely immersive video here.
Please note: Safari does not support Ambisonic audio playback. For full Ambisonic listening and control, use Google Chrome or Internet Explorer.

WHAT’S NEW ABOUT THE SOUNDFIELD BY RØDE NT-SF1 AND PLUG-IN?

Firstly, the price. The RØDE NT-SF1 is the first broadcast-grade ambisonic microphone made available for under USD$1000. By that we mean the combination of RØDE’s patented half-inch true condenser capsules and precision innovation creates an ambisonic microphone of equivalent quality to microphones several times more expensive. It’s an incredible microphone at any price. Find out more here.

Meanwhile, the SoundField by RØDE Plug-in is a bespoke companion plug-in available for free download on both Windows and Mac and allows users to endlessly reshape their audio. The SoundField by RØDE Plug-in is perfectly matched to the NT-SF1 Microphone and operates in a completely different way to traditional ambisonic processors. Eschewing the matrices and correction filters of previous generations, it utilises state-of-the-art frequency-domain processing to deliver unparalleled spatial accuracy at all frequencies. And with the embrace of beamforming technology, B-Format can, for the first time, create shotgun-type patterns. 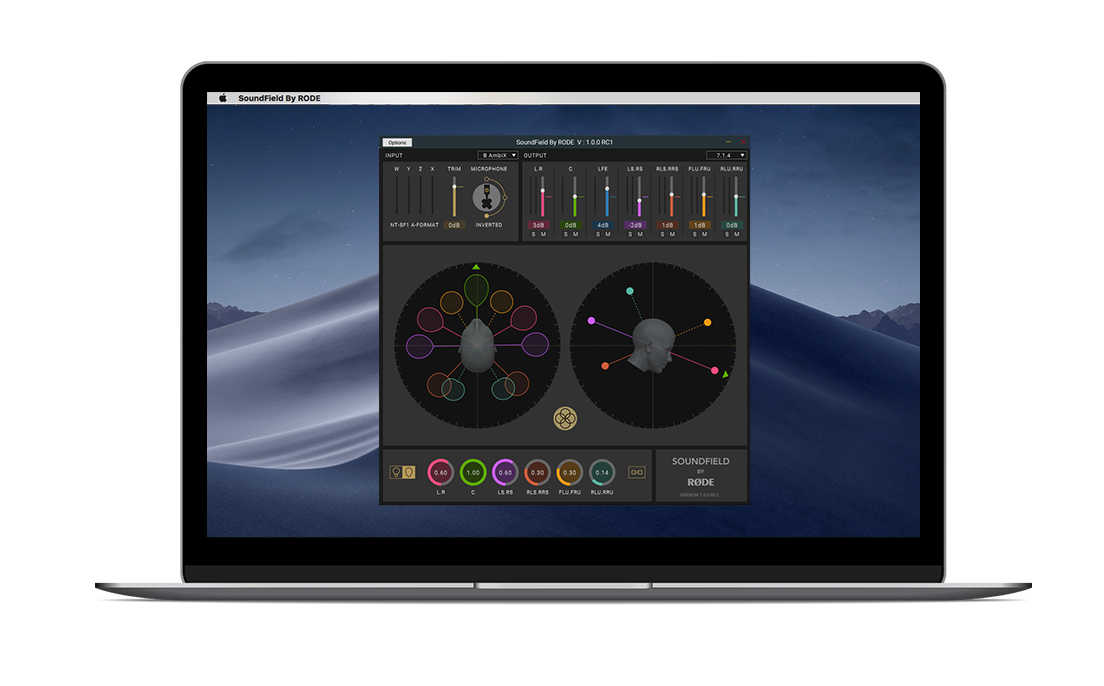 It's the technology that allows the simulation of shotgun-type microphone patterns derived from an array of closely spaced microphones. This technology has been implemented in telecommunications for noise-cancelling, but this is the first time it has been employed in broadcast-grade ambisonic audio capture.

The upshot of SoundField By RØDE’s beamforming technology is that, for most applications, one microphone will do the work of many, giving the engineer every option in post.

WHERE CAN I FIND OUT MORE?

Start at SoundField.com. There are lots of 360° videos and examples of the SoundField technology recording a string quartet, the ambience of a dripping cave, and the people, traffic and sounds of the heart of Sydney.

Also, be sure to check out our Ambisonic Sound Library – a collection of hundreds of ambisonic recordings from top sound engineers for you to download for free and manipulate using the SondField by RØDE Plug-in to use in your projects.

And find out more about the NT-SF1 here. Its quality and unbeatable price make it the perfect ambisonic microphone to have in your kit. Check out the video below to hear the NT-SF1 in action.