Firmware Version 1.0.7 for the RØDECaster Pro II is Available Now

The RØDECaster Pro II – the world’s most powerful all-in-one audio production solution – just got a lot more feature-packed with the release of firmware version 1.0.7.

This firmware update introduces a host of amazing new features, including custom routing for USB and Bluetooth outputs, the ability to make USB 1 a stereo output for improved compatibility with online streaming platforms, as well as some handy interface enhancements and controls that make using the RØDECaster Pro II even more intuitive.

Here’s a rundown of the key features in firmware version 1.0.7. 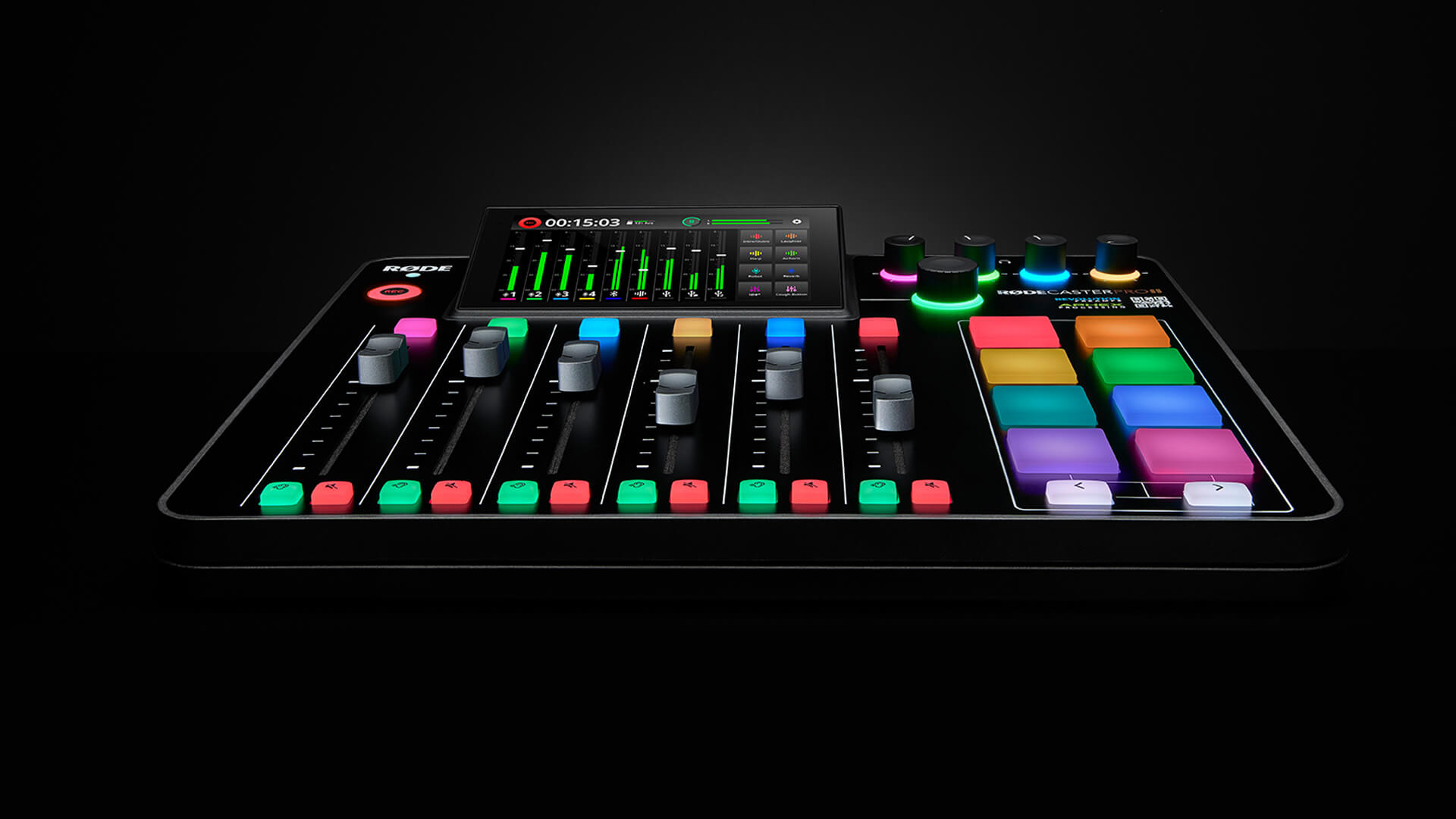 Firmware version 1.0.7 for the RØDECaster Pro II unlocks a host of new features and intuitive enhancements

One of the most requested features since its launch, custom routing for USB and Bluetooth channels, is now available on the RØDECaster Pro II in firmware version 1.0.7.

This is an important feature for gamers, streamers and podcasters that gives you the ability to select which audio inputs are included and excluded in the mix for each USB output and the Bluetooth output.

To access the custom routing feature, tap the settings cog on the top right of the mixer interface, then ‘Outputs’ > ‘Routing’, select the output you want to configure, then tap ‘Custom’. To find out more, check out the custom routing section on the ‘Guide to Setting up USB Connections on the RØDECaster Pro II’ page of the user guide.

Firmware version 1.0.7 also includes the ability to switch between a stereo or multitrack output on the USB 1 Main output. This is particularly useful when using the RØDECaster Pro II with online streaming platforms, some of which experience issues when receiving a multitrack input.

USB 1 Main will be set as a stereo output by default for all new RØDECaster Pro II users, so if you want to record in multitrack mode and are not seeing the multitrack output, remember to check your settings (‘Outputs’ > ‘Multitrack’) and ensure that ‘USB’ is set to either ‘Pre-Fader’ or ‘Post-Fader’, depending on your recording preferences.

For existing RØDECaster Pro II users who update to firmware version 1.0.7, USB 1 Main will retain its settings prior to the update, meaning that multitrack will be enabled by default (either as pre- or post-fader). To switch to stereo output mode, go to ‘Outputs’ > ‘Multitrack’, then select ‘Off’ in the ‘USB’ tab.

An updated version of RØDE Central is now available. This new version accommodates this new USB architecture and also includes a new feature that automatically converts any incompatible audio files when loading sounds on the SMART pads, as well as some other minor updates (see the full release notes here).

We highly recommend using the most up-to-date version of RØDE Central to ensure you’re getting the most out of the RØDECaster Pro II.

There have also been some useful enhancements to the user interface that make navigating and using the RØDECaster Pro II even more intuitive.

Firstly, the fader position indicators on the mixer display now turn from white to grey when a fader is all the way down, so you can easily see which channels are passing audio.

It’s also now possible to control the monitor output level (Bluetooth and line-out) directly from the playback screen when listening to recordings.

Finally, we have made enhancements to how some features operate, including optimising the Bluetooth output to improve ambient noise rejection, as well as adding the ability to power down the device by pressing the power button twice.

You can view the full list of features, improvements, and bug fixes for each update (including 1.0.7) via the firmware release notes here.

With plenty of updates to come, be sure to stay in the loop via the RØDE webpage and our social channels for the latest news on future firmware. Be sure to let us know if you have any other suggestions either by getting in touch via email at info@rode.com or by joining our firmware beta testing program here.