We're super excited to announce a very special addition to the RØDECaster Pro Podcast Production Studio ­– a brand new preset tailored specifically to the iconic broadcast microphone, the Electro-Voice RE20. 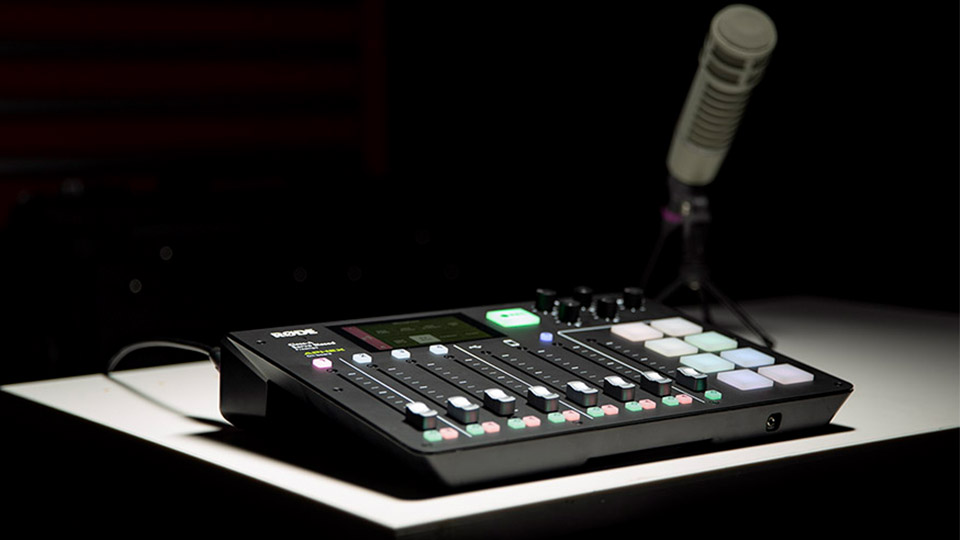 As part of our ongoing enhancement of the RØDECaster Pro’s firmware (which has already seen the addition of multitrack recording and many other powerful features since its release in 2018), the new preset further cements the console as the ultimate production tool for podcasters. Electro-Voice is a legendary company with a lauded history creating microphones for broadcast and studio use. They were also pioneers in public address systems and we are more than proud to have them on-board.

First introduced in 1968, the RE20 is a classic dynamic mic that has been used in countless recordings – a favourite amongst radio hosts, podcasters, and other broadcasters.

A long-time fan of Electro-Voice, RØDE Founder and Chairman Peter Freedman AM is thrilled to announce the partnership:

“Electro-Voice is a company that I have known and respected since I started in the audio game, and the RE20 is certainly an iconic microphone,” he says. “I’ve been an avid collector of microphones for many years, so you can imagine our excitement when some of the engineers at Electro-Voice recently approached us and asked if we’d be interested in putting a preset for the RE20 on the RØDECaster console.”

Developed in collaboration with the Electro-Voice team, the preset was designed to make the RE20 shine in vocal applications on the console and interact seamlessly with the RØDECaster’s audio processing. It can be found in the RØDECaster Pro’s audio settings alongside presets for RØDE mics (the PodMic, Procaster, Broadcaster, NT1, and NT1-A), as well as the universal presets for dynamic and condenser microphones.

The preset is available in firmware version 2.0.4, which can be downloaded from the RØDECaster downloads page. Keep your ears peeled for more RØDECaster Pro firmware updates in the future!